The first figures for the human faction in the Aliens universe are finished: Weyland-Yutani Commandos, which are obviously elite in comparison to the better known Colonial Marines, given that their stats in the game are above the marines level. 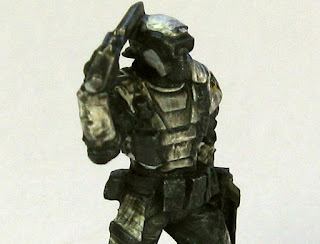 Michi has painted a squad of five commandos. One of them received a motion tracker donated by a marine model to have a rule-conform assembly.

A squad of Weyland-Yutani Commandos can be reinforced with up to three commandos. These can be equipped with either M41 pulse rifles or up to two can carry smart guns. 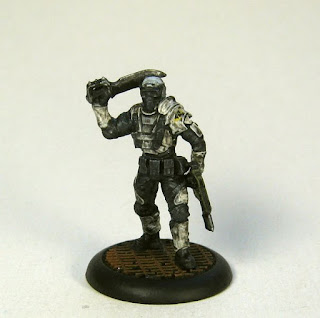 The human faction must have one or two leaders in the game. None of these are available as models by Prodos Games yet. Therefore Michi has built his own Weyland-Yutani Commandos Captain by slaughtering and reassembling several miniatures. This one is now equipped with a rule-conform set of weaponry. 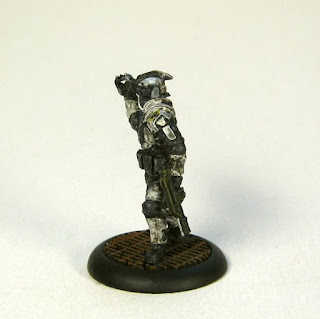 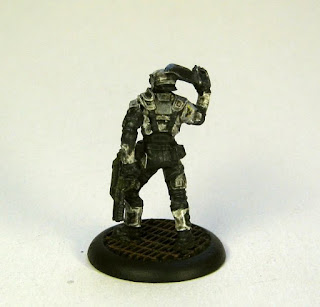 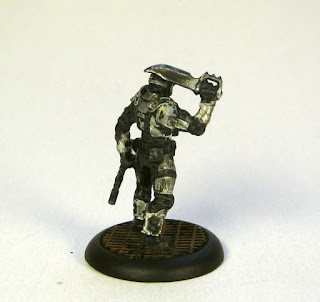 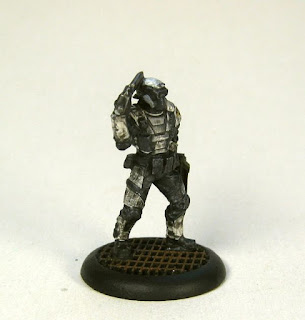 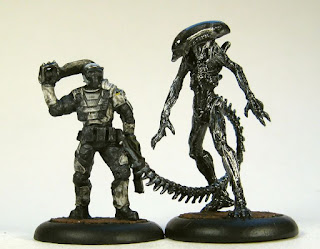 The comparison shot with the Alien Infant Warrior (classic Alien from the first movie) is showing the physical inferiority of the humans in the game.

Michi has finished all of the Aliens models
for the Alien vs Predator game by Prodos.
Here is the Queen: 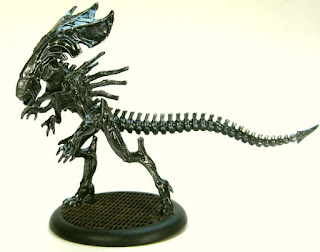 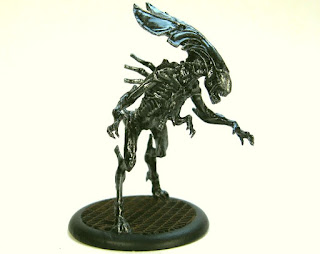 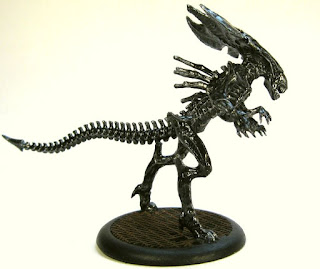 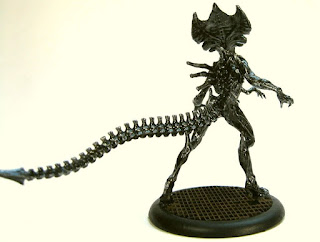 Next are the Royal Guards or Pretorians: 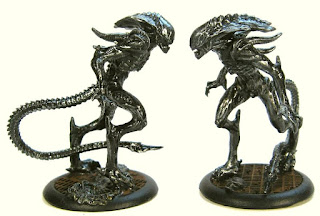 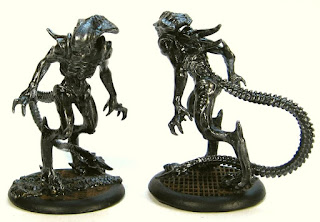 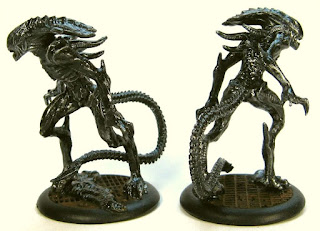 A Predator mask that was left over from a conversion
was added to one of those very nice Sulaco bases from Fenris Games: 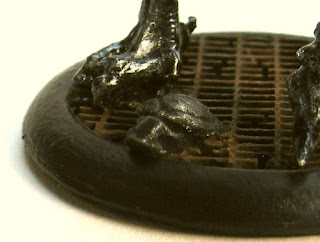 Here comes the infamous Predalien,
another HQ option for the Alien faction in the game: 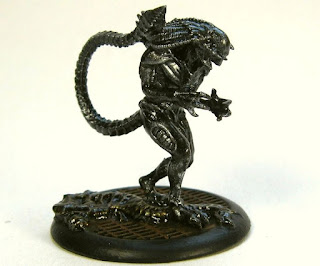 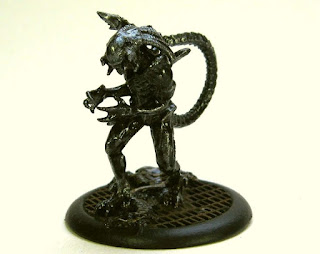 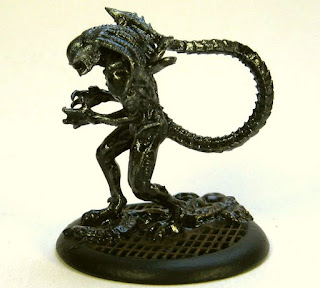 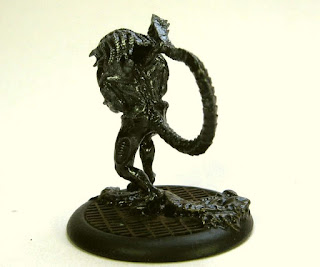 21 so called Infant Alien Warriors are the core of the Alien force:

Finally 5 (adult) Alien Warriors
add to the main force of troops as well:

New recruits for the Aliens can be provided by Facehuggers
who implant Xenomorph embrios into their opponents:

And there is this big massive Alien Crusher
to add some extra power to the Xenomorph attacks: 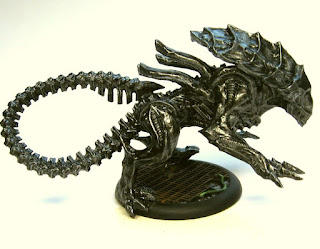 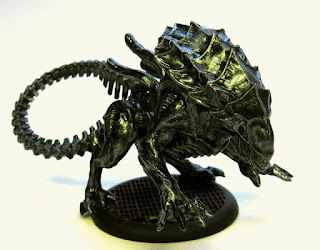 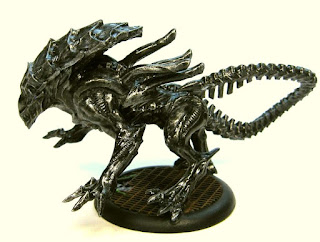 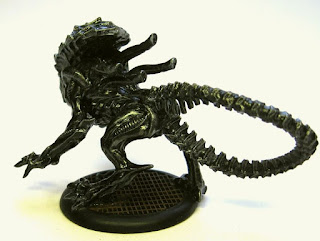 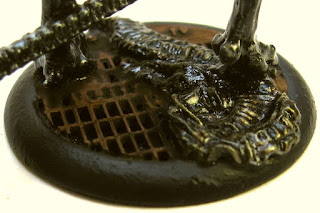 Both were washed with a Sepia wash.
An additional black wash and
a gloss varnish was applied for the infestations: 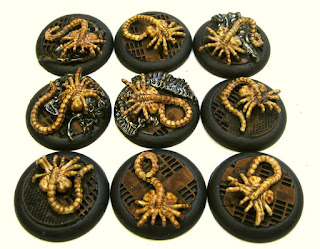 The Facehuggers were painted white and washed with Sepia: 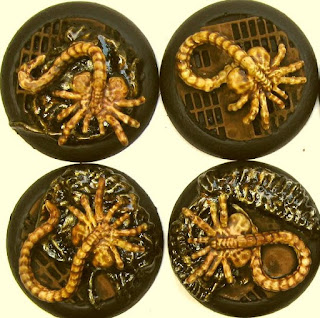 The Xenomorphs were painted black,
drybrushed with silver,
washed with black and gloss varnished:

The "family" photo of the hive shows
the different sizes of those 28mm scale Xenomorphs.
The bases are 30, 40 and 50mm in diameter.